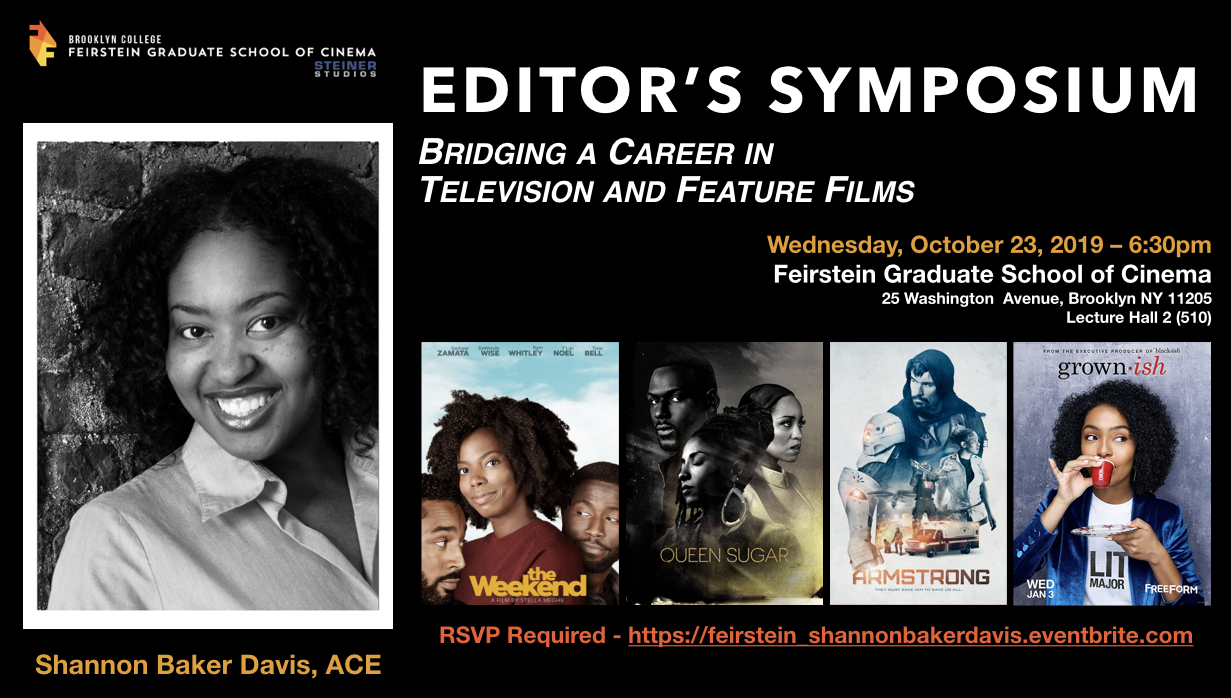 Shannon Baker Davis, ACE, is an award-winning television editor. She began her career in New York, editing unscripted shows and documentaries, most notably the two time Emmy-awarded, Kathy Griffin: My Life on the D-List. After 10 years working on many iconic shows such as Top Chef and Project Runway, Shannon made the jump to scripted television and feature films. Her most recent credits include Insecure, from Issa Rae, Grown-ish, a spin-off of the highly acclaimed series, Black-ish, from creator, Kenya Barris and Queen Sugar, from creator Ava DuVernay. In features, she has edited Armstrong, starring Vicky Jeudy, Sean Parsons, Jason Antoon and Kevin Pollak, and The Weekend, starring Sasheer Zamata, Tone Bell and DeWanda Wise, from director Stella Meghie. The Weekend saw premieres at the Toronto Film Festival, AFI Fest and Tribeca Film Festival. Her upcoming projects are The Obituary of Tunde Johnson, and she is currently in post on The Photograph, starring Issa Rae and LaKeith Stanfield, and directed by Stella Meghie.

Shannon is Co-Chair of the Motion Picture Editors Guild African-American Steering Committee and is a mentor in the ACE. Diversity Mentorship program. She also writes and is the Co-Creator of Colored People, a comedy web series that follows the antics of a colorful group of people who specialize in diversity training. She grew up in Augusta, GA, earned degrees from Howard University and The American Film Institute, and resides in Los Angeles, CA, with her husband and two children.

Three PW4 films screen at the Maryland Film Festival: Who Can Predict What Will Move You, Midnight Coffee, and Good News!